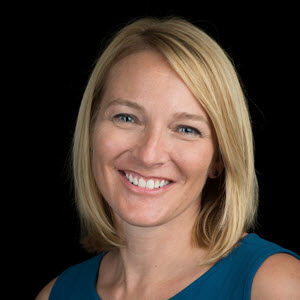 The One Thing Independent Schools Should be Doing Right Now

Q&A with Debra Wilson, President of the Southern Association of Independent Schools

Winkler Group Principals Jim Bush and Jessica Browning had the honor of sitting down with Debra Wilson, president of SAIS, to discuss the state of independent school enrollment, the hidden value of the pandemic to heads of school, and why she’s optimistic about the future.

Debra Wilson: I think this is the biggest risk management exercise we’ve ever gone through in history of the industry.

And you know, I think for the most part, independent schools have come up with really good strong plans: naming their value and thinking about what’s important—really identifying what endures through in-person, online, or hybrid.  I think that’ll continue to serve them well in the year ahead and it’s been pretty inspiring to see.

What trends are you seeing in independent schools right now that gives you optimism for the future?

Debra: I’d say about a third of our schools are reporting an uptick in enrollment. I think a lot of that could be attributed to the fact that many schools have really “dug in” and have strived to provide certainty for families.

It’s been easier for our schools to get out in front a little bit and say okay: these are the plans that we’ve got, this is what we know we can do. I think that’s really paid off for them in terms of families joining their communities. So I think that’s a good sort of optimistic place.

Back to that enrollment piece, for the other two-thirds of the schools that aren’t seeing an uptick. Are they concerned about enrollment or have they made plans to be sustainable?

Debra: That’s an interesting question. I think every head of school has about five things that wake them up at 3 a.m., one of them being enrollment. A good number of our independent schools report holding steady; I’d say it was like seven or eight percent that reported a substantial drop, which was a lot smaller than we thought it was going to be in June.

I think we’re going into this school year more optimistic than we thought we were going to be, generally speaking, at least as far as our region is concerned.

Debra: I don’t think that there’s any challenges ASIDE from COVID challenges right now! Any weakness you’ve got, the pandemic is exposing them. So anything you were planning to ignore, you can’t ignore anymore.

Boards are often more risk-averse and they’re suddenly thinking about managing liability as it relates to minors.  They are having these very real public health conversations related to risk and so I think what’s most challenging for boards, at least at the moment.

Jim Bush: I’d add that too, Debra. One of the things we’re seeing on the fundraising side with boards is the question about whether or not they should be raising money right now as a school. We have seen some independent schools that should be out there raising money, and all they have to say is that they’re hunkering down and that it’s a board decision. But we’re seeing money being raised. We’re seeing donors really step up or outpace schools in some cases in their giving. And I have to wonder if there’s going to be some connection to what you talked about earlier: the low enrollment and the schools that are really suffering because they aren’t fundraising.  Those are the two biggest sources of revenue. We could see some consolidation.

Debra: I think to me, where you’re going to get stuck right now is paralysis by analysis. Do we fundraise? Do we not fundraise? You know, you might not be taking your most aggressive stance right now, but you shouldn’t be sitting still, and you shouldn’t be doing that either with enrollment or development in mind. I do think that figuring out what your tone should be right now is important. Infighting isn’t going to move any balls forward. And schools are spending a lot more money than just on the safety things we talked about. We’re talking $160,000 just to wire a school for distance learning. Those are massive expenses. So, you’re going to need to meet that need. I agree with you, Jim.

Jim: We have a lot of heads reach out to us and say can you come talk to our board, help our board understand now is not the time to be afraid. That’s what donors are responding to: vision, a strong strategy, and sustainability. Right? And your point is you’re here to help make sure the school stays sustainable.

Debra: Yeah. To the extent that our schools are providing some form of stability and helping parents control their anxiety and control their concerns with the uncertainties ahead, and people want to be a part of that solution. If you’re feeling out of control, but you can help institutions like schools provide structure, it leads folks to feel like they’re a part of the solution.

Debra: I place their objectives into three buckets.

One is: how are you moving whatever you were doing in person to a virtual platform? What are you doing to fill that fundraising hole, and what are you doing differently? You can do some things now that weren’t a possibility in person. You can do virtual happy hours or coffee hours with alumni who are locked inside, alumni that you haven’t talked to in decades. Because everybody has more time now. What does that outreach look like? Some independent schools have made that transition well.

Second. The second piece is current fundraising. What’s our tone? What’s our current need, our story now? And what is our story after this? Make sure you’re telling the story of ensuring the future viability of your institutions for the communities around them.

Third. And the third one to me is, what seeds are you planting? What are you doing now that will flower later? How are you building those connections, gifts that might not happen this year, but that might be gifts the next year, or the year after that? Former founders, alumni, whatever those things you’ve thought of doing—now is the time to reach out to them and cultivate them for the future.

Jim: I think all three are accurate. I think that donors today are wanting that sustainability and they want to look beyond what’s happening right now.

Donors are really focusing in on those true needs versus wants. We all want a new fine arts center. We all want to do athletic complex, right? But what do we really need right now?

And one thing that’s come up for us that has been really interesting is the interest around endowment. Endowments generally are not easy to raise money for; it’s not a sexy topic, especially for an independent school, when I can have that new soccer field or new athletic complex. But right now, schools are saying, “this could happen again, and when it does, we want to be prepared for it.”

Have you seen independent schools modifying their annual giving goals or plans for the coming year? If so, how?

Debra: Anecdotes are not data, but I have heard that schools have been making adjustments to them, or at the very least are making it a part of their budget scenarios. You know, testing different levers. In one scenario you’re looking at enrollment, tuition, annual fund, auxiliary services… and I think they’re hoping to make up the difference through an annual fund, although they’ve had difficulty meeting that goal.

That being said, some independent schools have done really well with their annual funds. So I think it’s a bit of a mixed bag, but the most important thing is to be realistic. I would at least do one budget that has a downward estimation by about 20%-30%, just so that you know what that looks like if your fundraising expectations don’t come to fruition. I think there are real opportunities here, you just don’t know quite how those opportunities will shake out.

What is the one thing independent school leaders can do right now to ensure a successful year post COVID?

Debra: There are many things that schools are doing that are great, and for many schools, they haven’t tried these things before. They’re not natural. One of the pieces of feedback that we’ve received is that parents have been very pleased with the amount of input they’ve been able to give via surveys, etc., and more importantly, that the schools are listening.

We’ve shifted out of our physical space, so how are we taking care of our staff, our parents? Really keeping these things in mind will be essential to hold schools in good stead throughout the upcoming school year. We’re going to want to take a break, but we have to maintain that open line of communication and responsiveness to feedback. In my mind, that’s where the key lies.

I’d like to also add that I would argue that this is a healthier environment we’re creating into the long run, with an intent focus on the student and the parent experience.

Debra Wilson has been the SAIS President since July 2019. She grew up in Connecticut, where she graduated from the Williams School, an independent school located on the campus of Connecticut College. Debra received her B.A. in English from Sewanee, The University of the South, and her J.D. from the University of South Carolina at Columbia. She previously served as general counsel for NAIS for 19 years. Before joining the NAIS staff, Debra was a tax litigator at the Department of Justice.

Many independent schools are struggling to set their annual fund goals during the pandemic. Schedule a free 15-minute strategy session with one of our consultants today and learn what’s working in independent schools.  You’ll receive ideas you can implement immediately.